Join us at 5:30PM for an author signing with Allen Ricca, author of Catching Hell. Following the book signing will be dinner and drinks at SE Uncorked in New Canaan. Dinner and Drinks is limited to 60 people. Tickets can be purchased HERE beginning May 1st. Your ticket price includes the book, so make sure to stop by Elm Street Books first to pick up your copy and have it signed! 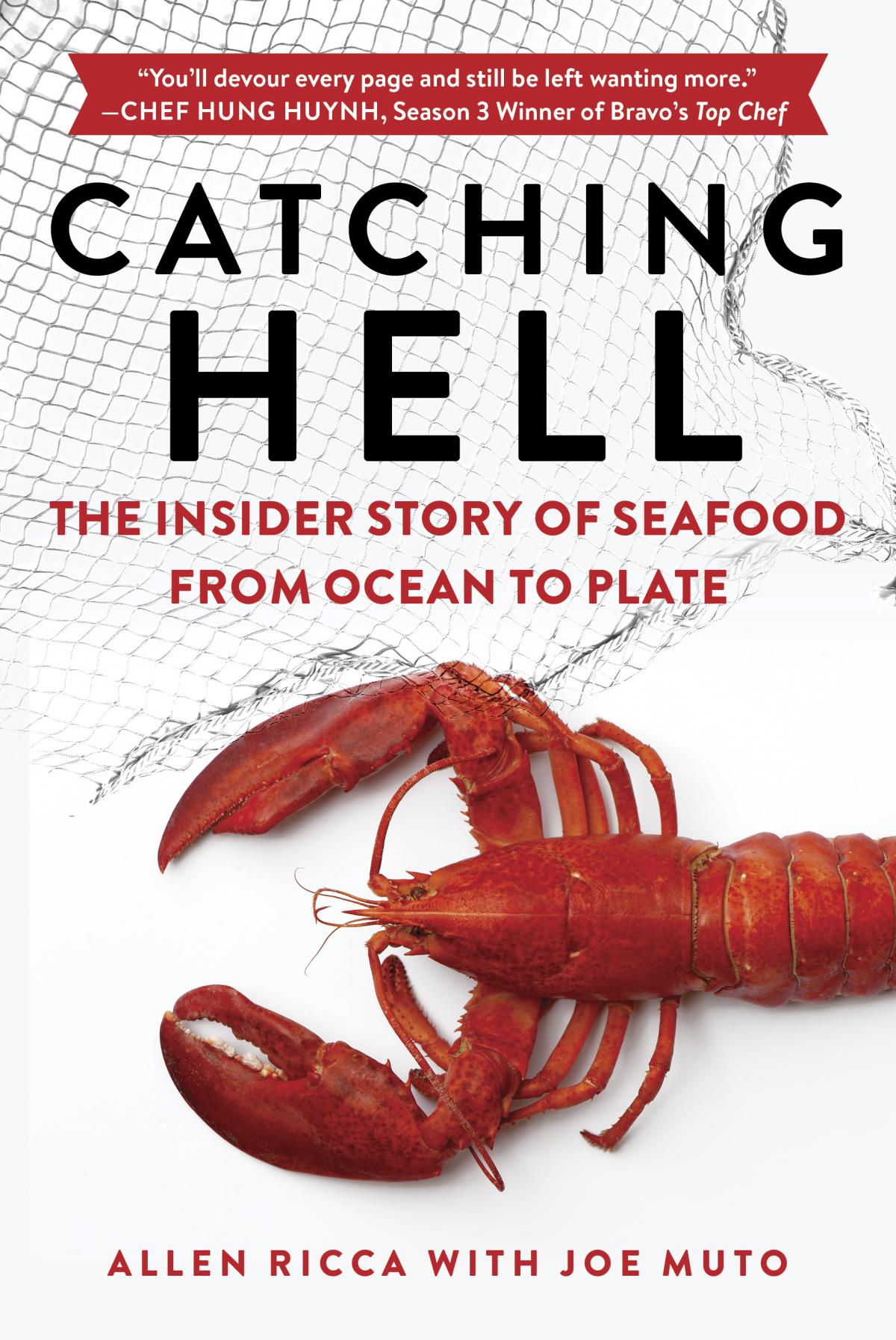 In Catching Hell, businessman & entrepreneur Allen Ricca and author Joe Muto take readers behind the scenes of the high-end restaurant world and the international market for seafood. This book exposes the fact that the American diner is being lied to on a regular basis. The culprit varies – sometimes it’s a chef or restaurant owner trying to cut corners to save money; other times it’s an unscrupulous supplier looking to pass off poor product to an unwitting receiver. And the cost of that scam eventually gets passed on to you, the consumer.

This book serves as both an exposé and a call to arms, empowering consumers with the knowledge to make more informed choices when dining out.

Readers will be entertained by Allen's comical approach in delivering a story that exposes an unfortunate reality about our seafood supply chain. 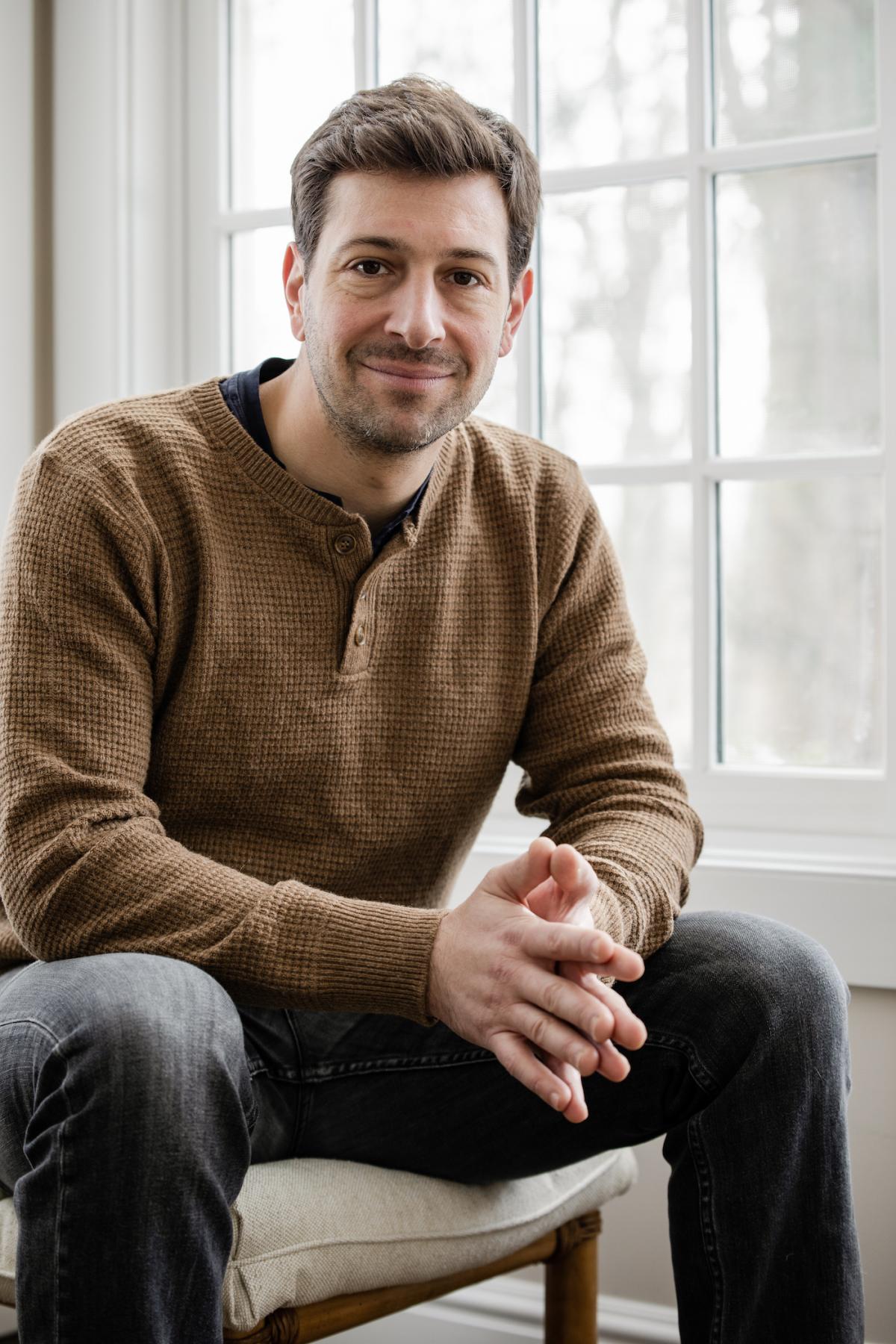 Allen Ricca is an American businessman and entrepreneur. He is the author of the upcoming book Catching Hell: The Insider Story of Seafood from Ocean to Plate. The book's words and anecdotes derive from Ricca's direct experiences as owner of Val's Ocean Pacific. Val's is considered by many chefs and restaurateurs to be the gold standard in seafood distribution to America's favorite restaurants and hotels.

While Allen has remained active in the day-to-day management and oversight of Val's, in 2010 he co-founded Winchell Mountain Coffee in Pine Plains, New York. Shortly thereafter, Winchell struck a licensing deal with media mogul and cartoonist, Sandra Boynton, giving Boynton and her timeless characters their own line of coffee.

In 2018, on behalf of Val's Ocean Pacific, Allen oversaw the acquisition of Village Wine Imports. Village Wine Imports is the exclusive importer and distributor of VRAC Rosé and the VRAC line of wines. VRAC has been featured in the New York Times, on The Tonight Show with Jimmy Fallon, and Saturday Night Live.

Allen is a 2006 graduate of Marquette University holding a degree in History. He and his wife live on a farm in Connecticut with their two bulldogs.

Purchase tickets for dinner and drinks at SE Uncorked beginning on May 1st: www.eventbrite.com/e/catching-hell-book-launch-tickets-324274813697 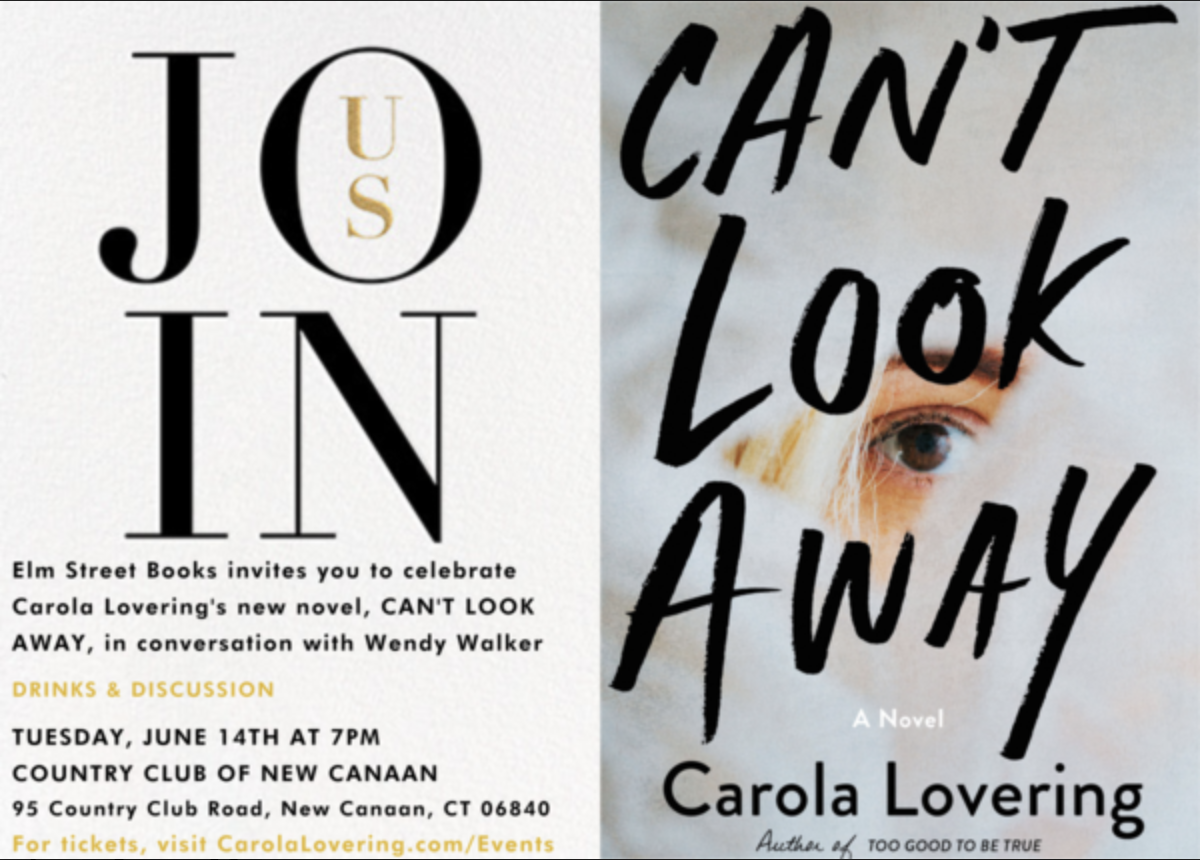 Join us at The Country Club of New Canaan on June 14th to celebrate Carola Lovering's new novel, Can't Look Away, in conversation with Wendy Walker. 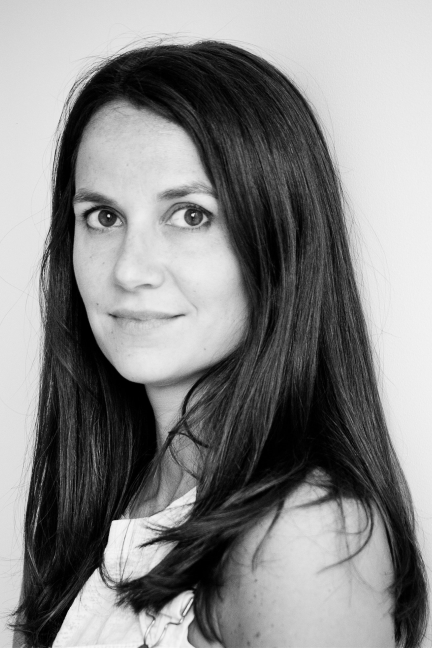 CAROLA LOVERING is the author of the novels Tell Me Lies, Too Good to Be True, and Can’t Look Away. She is a graduate of Colorado College, and her work has appeared in New York Magazine, W Magazine, National Geographic, Outside, and Yoga Journal, among other publications. Her novel, Tell Me Lies, is currently being adapted into a television series for Hulu that will air later this year. She lives in Connecticut with her husband and son. 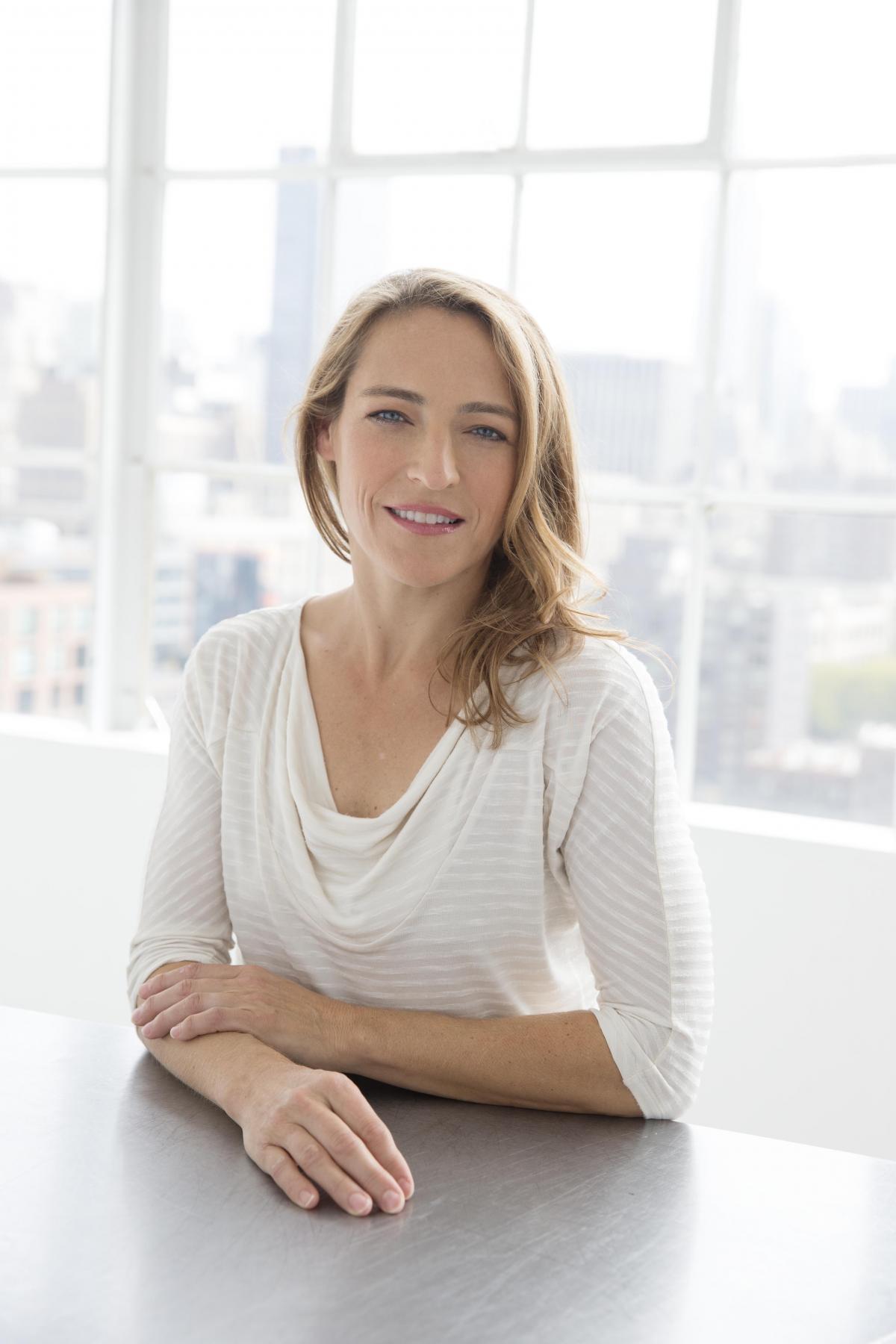 WENDY WALKER is the author of the psychological suspense novels All is Not Forgotten, Emma In The Night, The Night Before, and Don't Look For Me. Her novels have been translated into 23 foreign languages and have topped bestseller lists both nationally and abroad. They have been featured on The Today Show, The Reese Witherspoon Book Club, and The Book of the Month Club and have been optioned for television and film. Prior to her writing career, Wendy practiced both corporate and family law, having earned her J.D. from Georgetown University Law Center and her undergraduate degree from Brown University. Wendy also worked as a financial analyst at Goldman, Sachs & Co. Wendy is currently finishing her next thriller and managing a busy household in Connecticut

Innovators of Change at Grace Farms 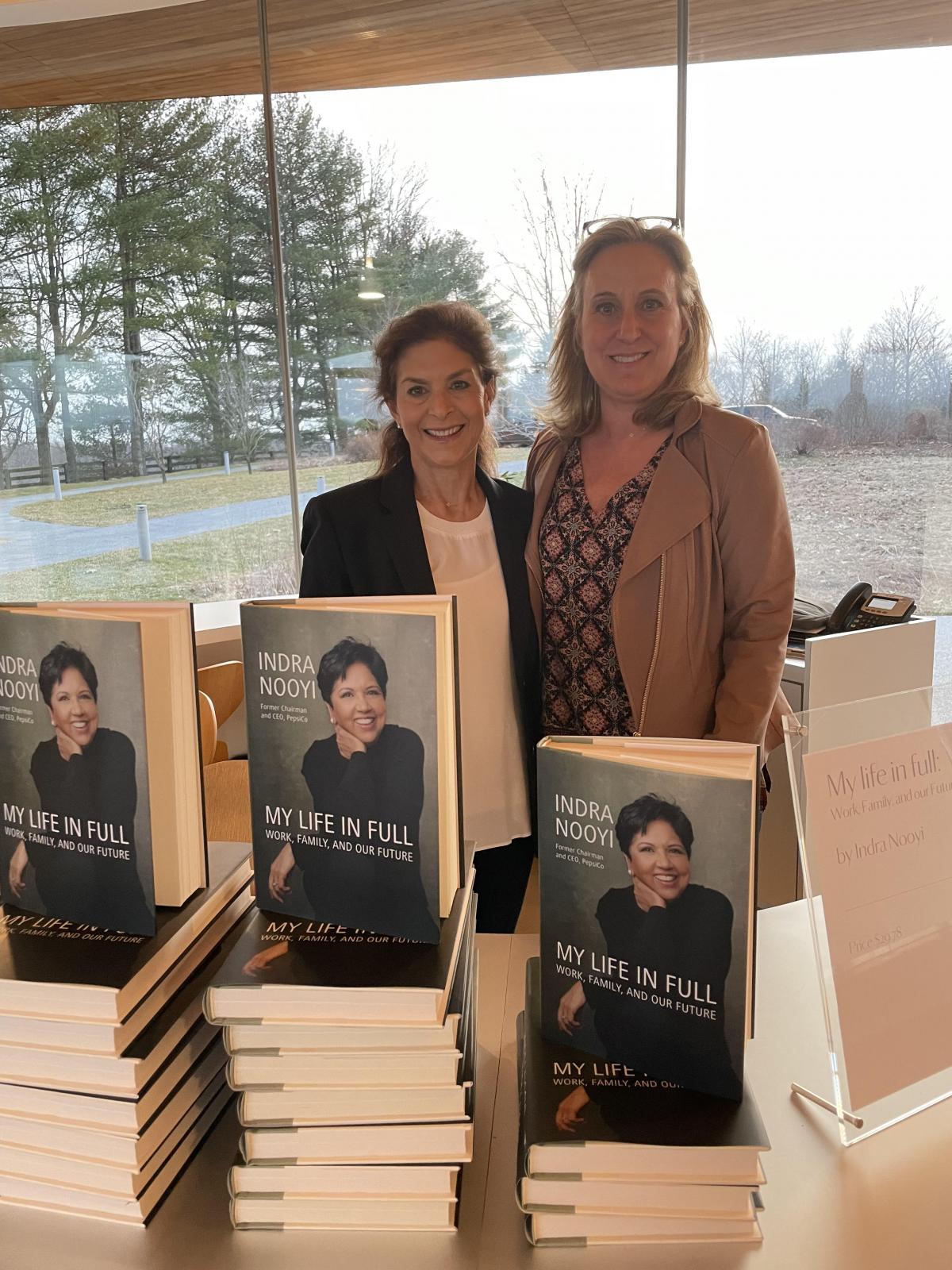 Indra Nooyi, former chairperson and CEO of PepsiCo and author of My Life in Full: Work, Family, and Our Future, came to Grace Farms to discuss various models of innovation alongside Brooke Baldwin, former CNN anchor and author of Huddle: How Women Unlock Their Collective Power, and Elizabeth Davis, an investor at the Female Innovators Lab. Each emphasized how participation within this ecosystem is critical to developing ideas, products, and services that will change the world — for women, and everyone else.

My Life in Full: Work, Family, and Our Future by Indra Nooyi is available at the store and through the Elm Street Books Website (linked below).

My Life in Full: Work, Family, and Our Future (Hardcover)

Can't Look Away: A Novel (Hardcover) 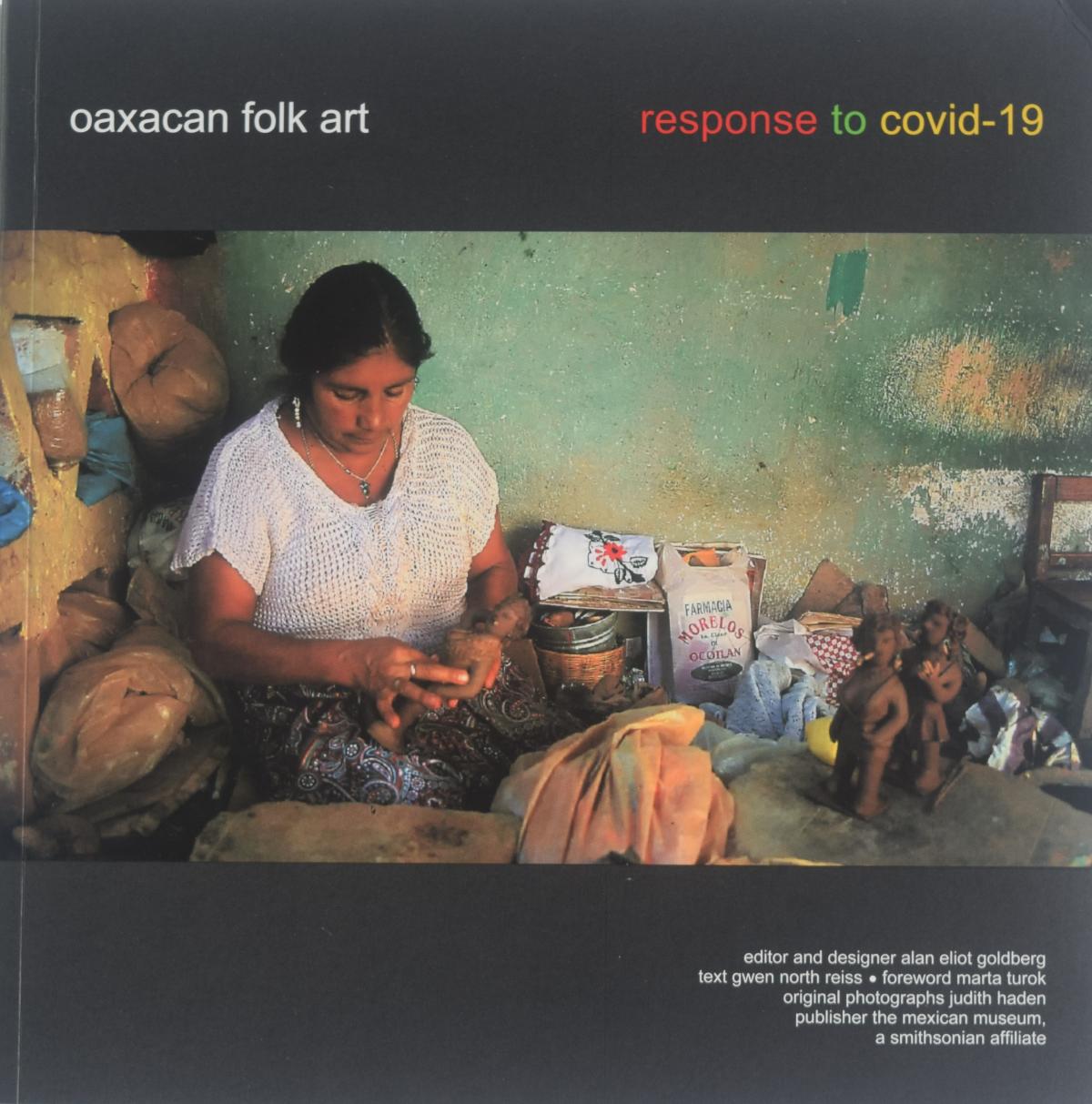 Alan Eliot Goldberg, an architect based in New Canaan, Conn., and his wife, Gertrude Schaffner Goldberg, started collecting Mexican folk art in the 1960s, and in 2017 donated 1,000 pieces to the Mexican Museum, a Smithsonian affiliate. (Its new home is under construction in San Francisco.) Since then, the couple has focused on Oaxacan folk art, which Mr. Goldberg said he admired for its high quality and for the artists’ embrace of their Zapotec and Mixtec heritage.

Last year, when the pandemic decimated tourism in Mexico, and with it, artists’ incomes, he organized a competition for the artists and produced a book showcasing 27 of their entries. Published by the Mexican Museum, “Oaxacan Folk Art: Response to Covid-19” is edited and designed by Mr. Goldberg, with a text by Gwen North Reiss, a foreword by Marta Turok and original photographs by Judith Haden. Its pieces, almost all of them in clay or carved wood, by 26 artists, express the shock and sorrow over the pandemic, as well as whimsy.

Copies of Oaxacan Folk Art Response to Covid-19 can be purchased at Elm Street Books in New Canaan.

END_OF_DOCUMENT_TOKEN_TO_BE_REPLACED

This feature require that you enable JavaScript in your browser.
END_OF_DOCUMENT_TOKEN_TO_BE_REPLACED

This feature require that you enable JavaScript in your browser.
END_OF_DOCUMENT_TOKEN_TO_BE_REPLACED

This feature require that you enable JavaScript in your browser.
END_OF_DOCUMENT_TOKEN_TO_BE_REPLACED