The Art of the Twist: Two Authors Discuss Plotting a Modern-Day Mystery 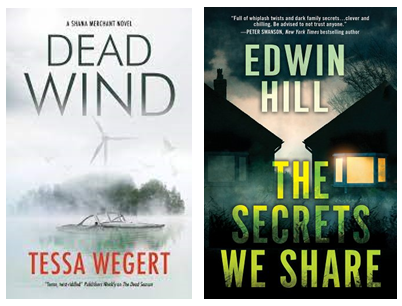 New Canaan Library and Elm Street Books are delighted to present The Art of the Twist: Two Authors Discuss Plotting a Modern-Day Mystery

Today’s thriller and mystery readers are savvier than ever. They’ve seen it all, from the unreliable narrators of Gone Girl, Fight Club, and Rebecca, to the jaw-dropping plot twists of Shutter Island and And Then There Were None. How, then, do modern mystery writers come up with a ingenious plots that not only keep readers engaged, but also keep them guessing?

New England-based mystery and thriller authors Tessa Wegert and Edwin Hill will discuss their strategies for developing unpredictable plots in the context of their new novels, DEAD WIND and THE SECRETS WE SHARE, both of which include plenty of surprises. 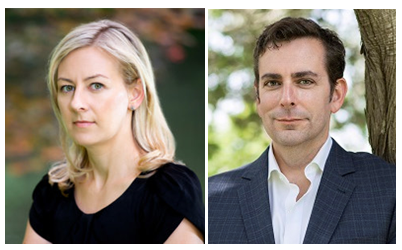 Tessa Wegert is a Canadian-born crime fiction writer and author of the beloved Shana Merchant novels, the most recent of which — Dead Wind — received a starred review in Publishers Weekly. A former marketing strategist and freelance journalist, Tessa’s work has appeared in Forbes, The Huffington Post, Adweek, The Economist, and The Globe and Mail. Tessa grew up in Quebec and now lives with her husband and children in Coastal Connecticut, where she studies martial arts and is co-president of Sisters in Crime Connecticut.

Edwin Hill’s critically-acclaimed crime novels include the standalone thriller, The Secrets We Share, and three novels featuring Hester Thursby. He has been nominated for Edgar and Agatha Awards, featured in Us Magazine, received starred reviews in Publishers Weekly, Booklist, and Library Journal, and was recognized as one of “Six Crime Writers to Watch” in Mystery Scene magazine. He lives in Roslindale, Massachusetts with his partner Michael and his favorite reviewer, their lab Edith Ann, who likes his first drafts enough to eat them.

The Secrets We Share: A Gripping Novel of Suspense (Hardcover)