Elm Street Books is delighted to host author Jeff Benedict and former president of ESPN, George Bodenheimer in conversation at The Carriage Barn Arts Center in New Canaan, Connecticut on Thursday, September 28 at 7:00p.m. Jeff Benedict's book "The Dynasty" will be available for sale at the event. The event is free, but space is limited so please call Elm Street Books to register at 203-966-4545.

Jeff Benedict is the bestselling author of sixteen non-fiction books and he’s a television and film producer. His latest book, The Dynasty, is the definitive inside story of the New England Patriots under Robert Kraft, Bill Belichick and Tom Brady. Published in 2020, it was an instant New York Times bestseller. In 2018, Jeff co-wrote the #1 bestseller Tiger Woods. Jeff was an executive producer on the HBO documentary “Tiger” that was based on the book and aired in 2021. The book is currently being developed into a scripted series, which Jeff is executive producing. Jeff is also the executive producer on a documentary based on his book Poisoned that will air on Netflix. Jeff has written over 100 stories and has been a special-features writer for Sports Illustrated, the Los Angeles Times, and the Hartford Courant, and his essays have appeared in the New York Times. His work has been the basis of segments on 60 Minutes, CBS Sunday Morning, HBO Real Sports, Discovery Channel, Good Morning America, 20/20, 48 Hours, NFL Network, CNN, and NPR. 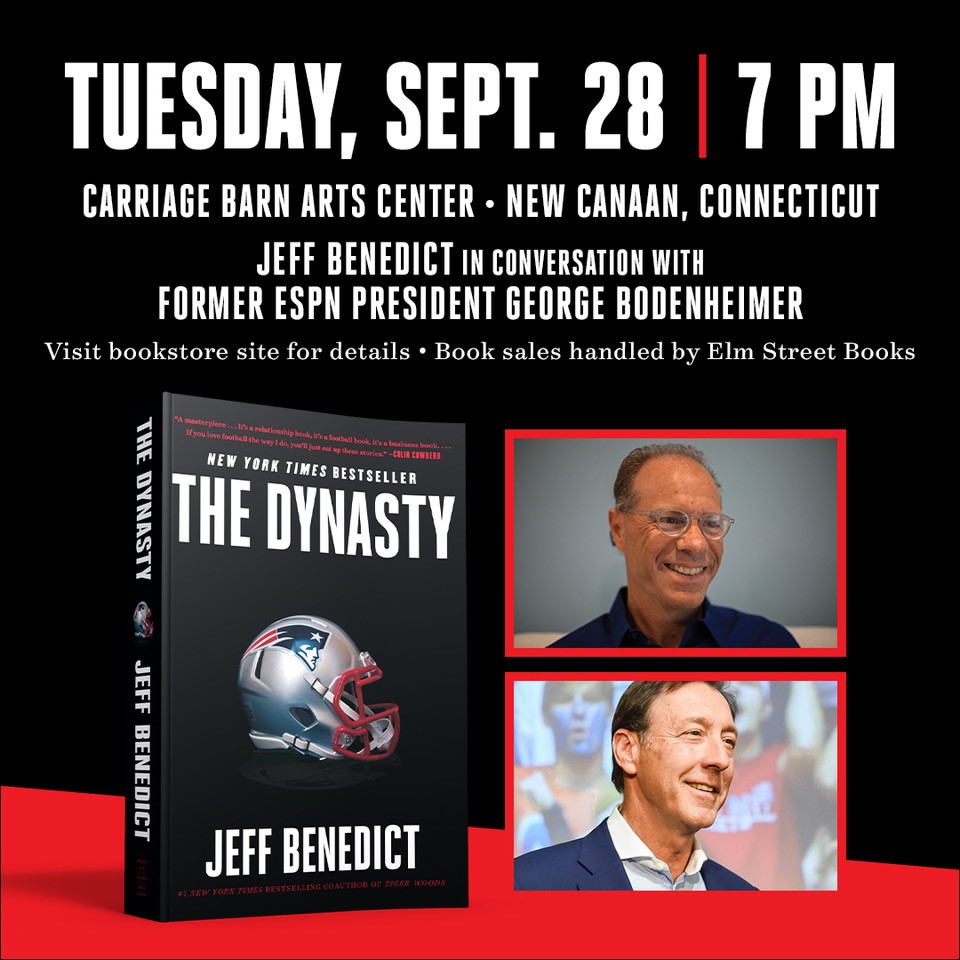