Author Signing with Josh Sapan, Author of The Third Act: Reinventing Your Next Chapter 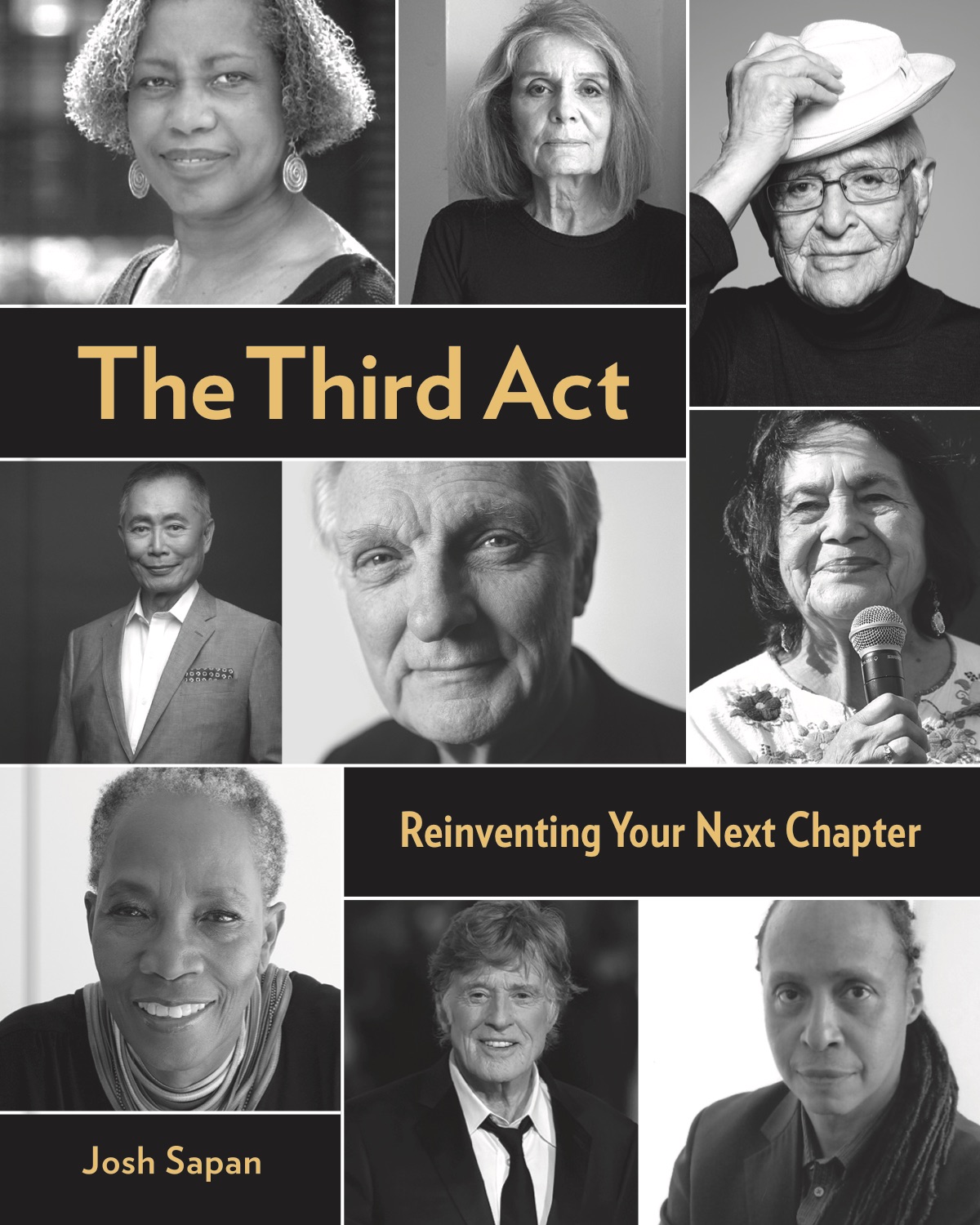 Please join us for an author signing on Saturday, January 28th from 1PM - 3PM with Josh Sapan, author of The Third Act: Reinventing Your Next Chapter.

With more than 60 beautiful portrait photographs and profiles of notable people who are redefining conventional retirement and living their most productive and thrilling new chapters later in life, The Third Act celebrates aging in all its grace, excitement, accomplishments, and discovery.

There's an entirely new way to think about what you do later in life. The Third Act profiles 60 people who are doing it differently. From names you'll know to those you've never heard of, these life stories and beautiful photographic portraits will encourage readers to bring their passions and capabilities to life at a time when many are conventionally retiring.

Read how well-known celebrities like Alan Alda, Rita Moreno, Gloria Steinem, Jane Fonda, James E. Clyburn, Robert Redford, and Norman Lear took on new challenges at an age when many people put their feet up. Be inspired by the stories of lesser-known figures like Donzella Washington, who became the oldest graduate of Alabama A&M University at eighty; Andrea Peterson, who fulfilled a lifelong dream of becoming a firefighter at fifty; Paul Dillon, who started an incubator for marine veterans after his business career; Hope Harley, who founded the Bronx Children's Museum after a career at a telecommunications company; and many more.

Josh Sapan was CEO of AMC Networks for 26 years until 2021, where he now has an arrangement to produce independent films for the company.  He is credited with building some of television’s most influential shows, including AMC’s “The Walking Dead”, “Mad Men”, “Breaking Bad” and “Better Call Saul”; BBC AMERICA’s “Killing Eve”; IFC’s “Portlandia” and “Documentary Now!” and SundanceTV’s “Rectify” and “Top of the Lake.”

Sapan serves on the boards of The American Film Institute, The Museum of the Moving Image, New York Public Radio, The New School, The Public Theatre and People for the American Way.

He is the author of “Cable TV” from Putnam Publishing, “The Big Picture: America in Panorama”, and “Third Act”, both from Princeton Architectural Press, and “RX”, a book of poetry to be published by Red Hen Press in 2023.

The Third Act: Reinventing Your Next Chapter (Hardcover)