Please join us for an author signing with Kelly Conway, author of Holy Ghost

HOLY GHOST: A NOVEL OF THE SPANISH CIVIL WAR 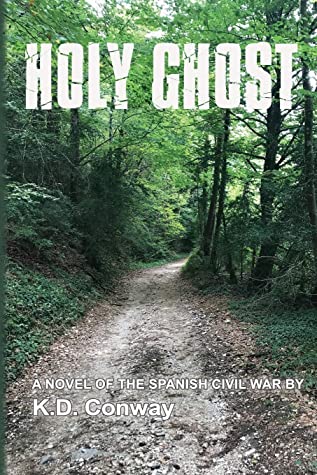 Spain is a modern, civilized, and progressive society, and it is difficult to imagine that less than 100 years ago that father was set against son, brother against brother, and neighbor against neighbor, in a fight to the death. But yet it was. From 1931 to 1936 Spain descended into chaos, disorder, and widespread violence, and then, from 1936 to 1939 a horrific Civil War erupted and over 500,000 Spaniards were killed. In Holy Ghost, the reader follows three exceptional young people through their journey into this inferno. The characters in the book, with their differences in upbringings, outlooks, and attitudes, highlight the creaking fault lines in Spanish society...the fault lines which cannot hold. Back and forth the forces good and evil push against one another. Holy Ghost is a mirror of our time.

Kelly Conway grew up in the Los Angeles area and graduated from UCLA with a degree in Economics, and later from USC with a degree in Finance. He spent 30+ years successfully building four technology companies, including his last company which specialized in linguistic and behavioral analytics.  Mr. Conway now devotes himself to writing, with his current focus being on the Spanish Civil War, and its aftermath.

His first book, “Holy Ghost” follows the events in Spain in the 1920s and 1930s through the eyes of three young Spaniards.  The book is  a work of fiction built on the foundation of the actual events that rocked the country.  He is writing a follow-on story called “The War Continueth” which will work its way through the events that follow The Civil War up until the early 1980s.

Holy Ghost: A Novel of the Spanish Civil War (Paperback)