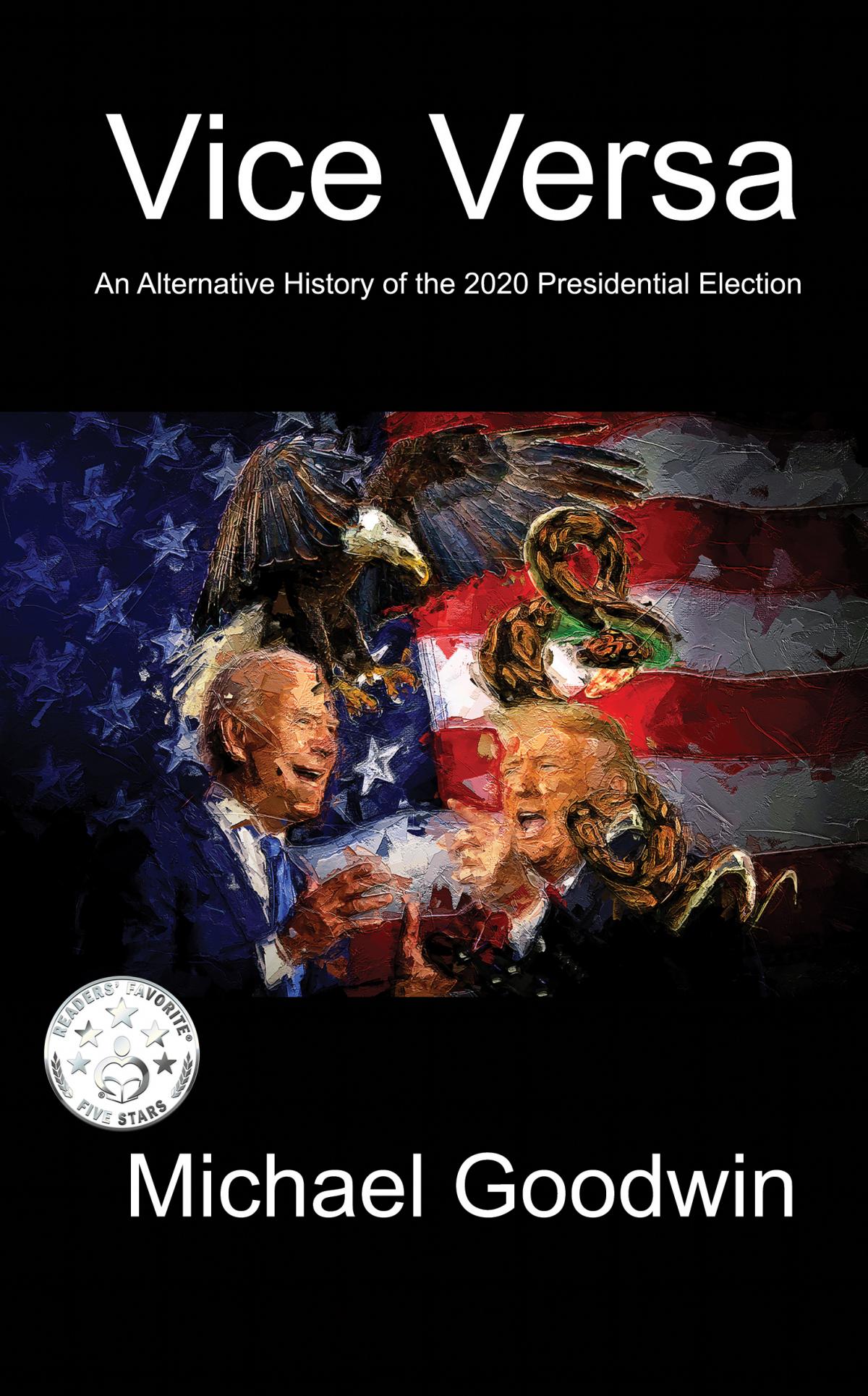 Join us for an Author Signing with with Michael Goodwin, author of Vice Versa at Elm Street Books on Sunday, May 1st from 12:30-2:30PM.

Introducing Vice Versa: An Alternative History of the 2020 Presidential Election by Michael Goodwin, a retelling of the 2020 election in which the Biden campaign is accused of receiving aid from the People’s Republic of China. In this alternative universe, the media is mostly pro-Trump and the FBI rife with MAGA supporters. Gary Wang, a low-level Biden staffer, becomes the center of the maelstrom and is pursued by the media, politicians, and the FBI.

Vice Versa’s twists and turns will keep readers tightly engaged as they follow Gary Wang navigating his way through political intrigue, media fake news, and FBI abuse of power. “A major theme of the book is how easily an innocent individual can be destroyed by the government and media in a Kafkaesque vortex, even in a nation like ours, that is founded on individual freedom and rights,” Goodwin says.

The only ones who stand by Wang during his trials and tribulations are his girlfriend, Manny, and his lawyer, Ramon Aruba. He ironically finds sanctuary with his estranged brother whom he hasn’t spoken to in more than five years and who runs a criminal enterprise out of Chinatown.

As political fiction, Vice Versa is current to the times–fresh to the past election, illustrates the divisiveness of our country as it is now, and well-timed for the coming midterm elections. “Humor is injected into all the shenanigans and calamitous events. Both sides of the political spectrum, from the Proud Boys to Antifa, have their oxen gored,” Goodwin says. “I hope readers laugh a lot but are also disturbed by the current dysfunction of our media and political system as illustrated by the novel.”

Vice Versa is the fourth novel from Goodwin, who spends his weekdays in a finance job and weekends writing. He conceived of Vice Versa as he
watched the Russian collusion story gradually unravel. Bothered by how the media and government officials stoked and spun this narrative, Goodwin wondered what the reaction would have been if the Biden campaign had been falsely accused of something similar.

“Whether you’re a Democrat or a Republican, conservative or progressive, you should be alarmed by the media corruption and the FBI actions that occurred during the Russian collusion investigation,” he says. “I hope all readers will get caught up in the story itself, regardless of their political leanings, and agree that our democracy is facing perilous times.” 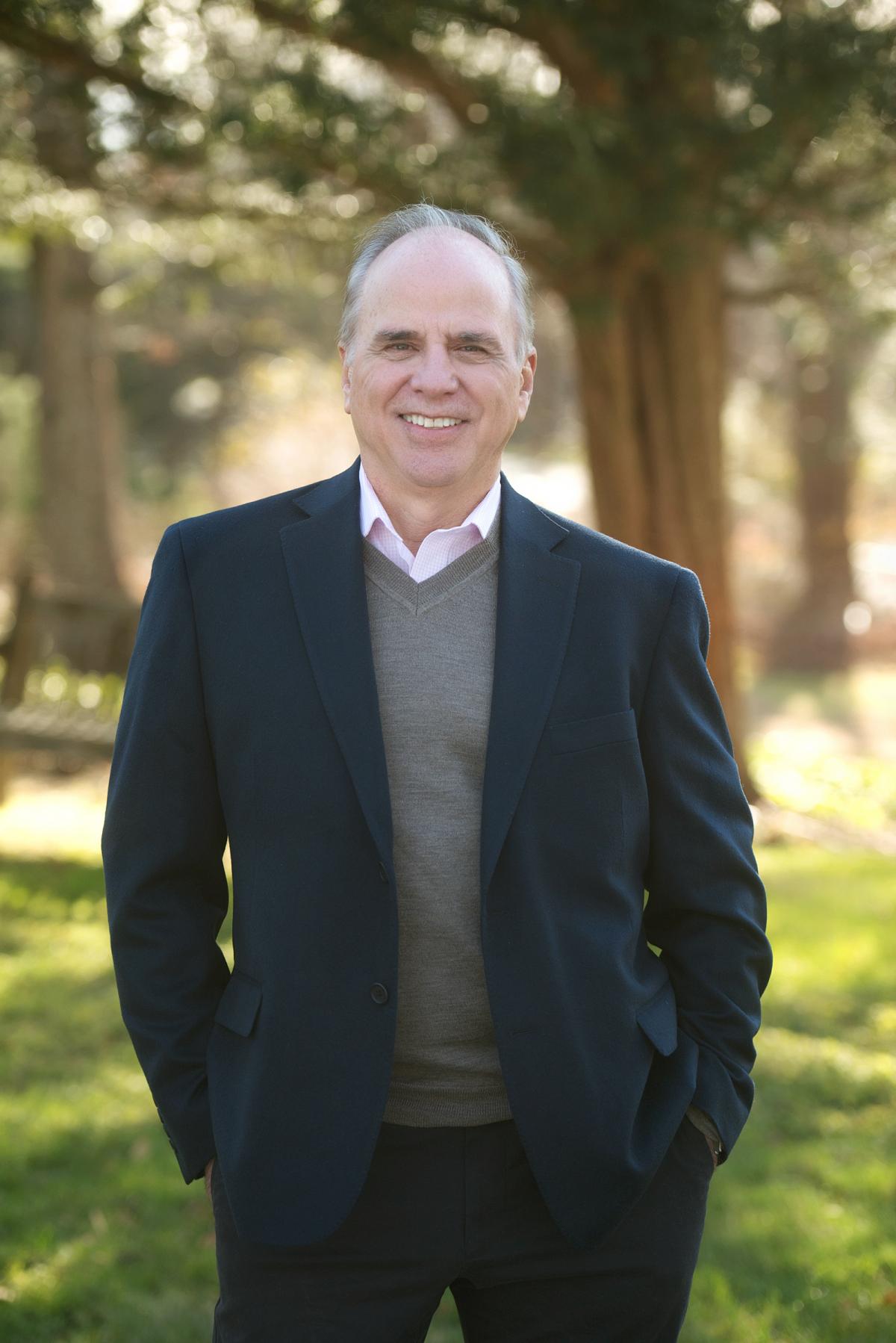 About the Author
While some people play golf or garden on the weekends, Michael Goodwin writes novels. Born and raised in Memphis, TN, Goodwin received his BA in English Lit and Religious Studies from the University of Virginia before pursuing an MBA from Wharton. While at Wharton, he received Honorable Mention from the Academy of American Poets for his written work. While working on Wall Street, he also attended Columbia University’s MFA program in creative writing, which, he says with a laugh, got him fired from his job. At the age of 33, he published his debut novel Big Time. Now at 65, he’s publishing his fourth novel, Vice Versa. Married with three children, he lives in Connecticut and works at an investment firm in Manhattan. Goodwin is also the author of the Wall Street novels Junk and When Vultures Dance. Follow him on Facebook, Instagram, Twitter and LinkedIn.